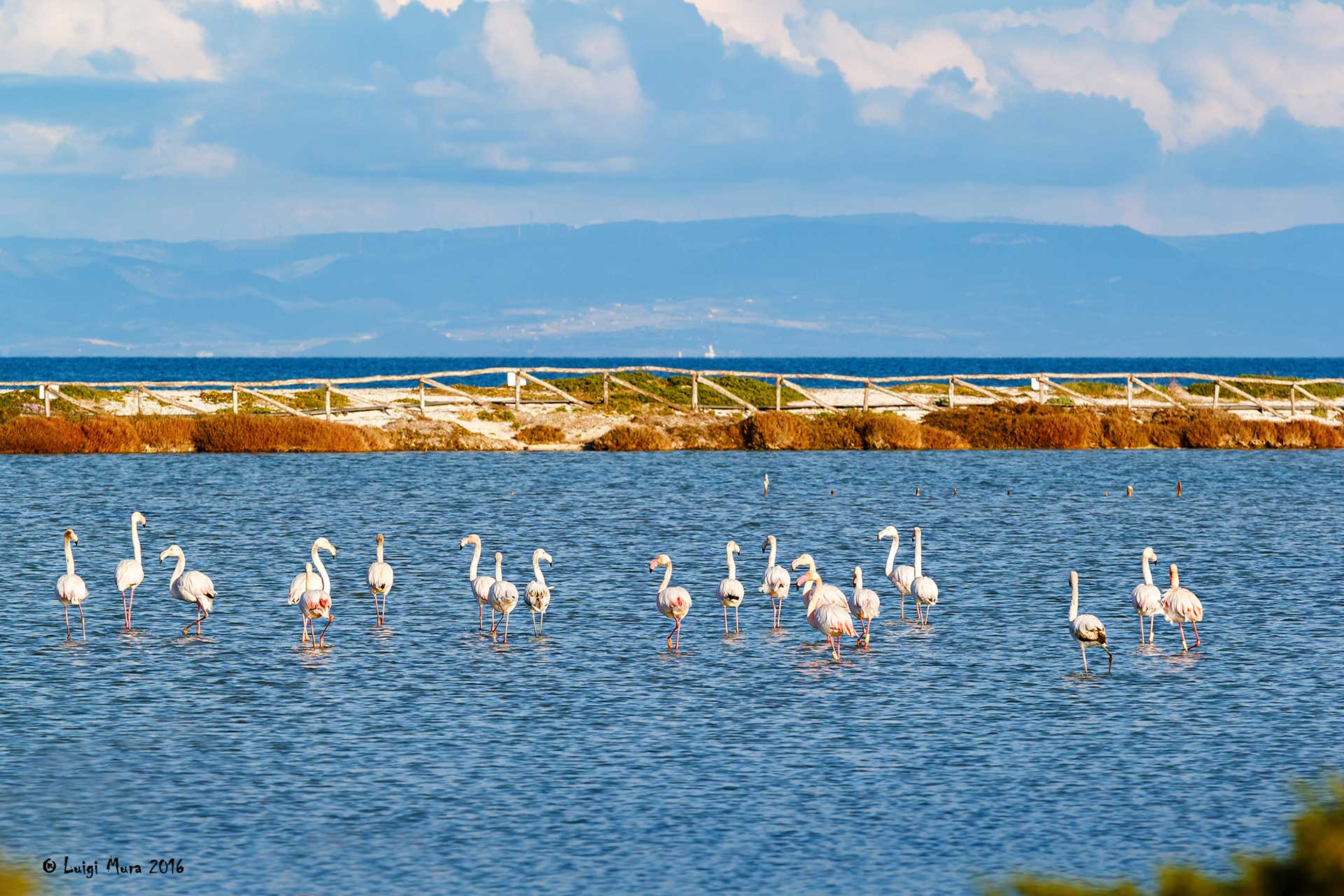 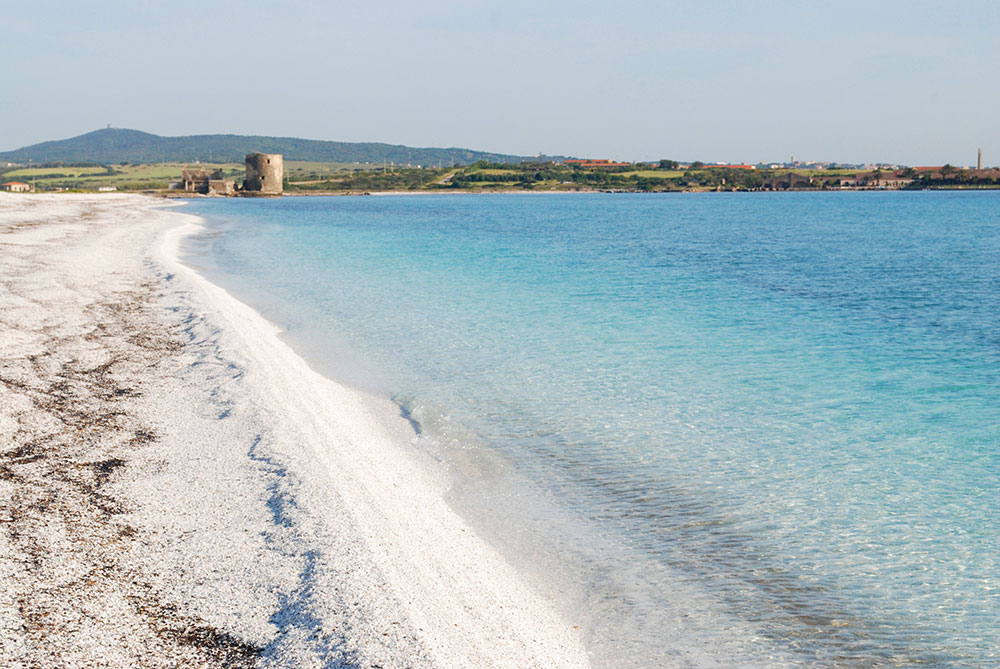 Le Saline Beach, took its name from the ancient salt pans that have been in the area since 1200 AD, is dominated by Spanish tower among the oldest in Sardinia called Torre delle Saline built during the period of Catalan Aragon dominion.

In addition to the sighting and control of the territory, the salt tower was also the defense and custody of salt and tuna factory.

The history of Stintino and Tonnara Saline are linked to each other. The presence of the Tonnara (tuna factory) was a reason for the people to built the town there where to live and work.

Its foundation probably dates back to the end of the 16th century when the first tuna traps were installed in Sardinia. Entrusted over time in concession to various traders, the history of the Tonnara ends in the 70s when, once its activity definitively ceased, the wall structures were sold to settle the debts of the last unsuccessful fishing seasons. The origin of the village of Stintino, dated 15 August 1885, is due to the decision of the Italian government to establish a quarantine maritime health station and a penal colony on the island of Asinara. At that time the island was inhabited by 45 families. The government, after a series of negotiations with the former inhabitants of the island, associated in the union of the 45, offered a ” regalia ” of 750 lire and the possibility of choosing a site where they could settle.
Given the strategic position and the bond that still linked the exiles with the Asinara Island, it was decided that the new town would rise in the “ Isthintini “, which were equally decisive for the choice of the name of the town: Isthintini – Sthintini – Stintino, which initially should have been called Cala Savoia.

Thus was born Stintino, ordered according to the master plan that neatly divided the town into a narrow peninsula between the two arms of the sea, Porto Vecchio and Porto Nuovo (Portu Mannu), with its small houses adorned with mint and basil that remind us of first impact those of Cala d’Oliva. For the people of Stintino, the sea was the ” modus vivendi ” to which they were intimately and doubly linked not only for economic factors. The trap and fishing regulated the life of this small village and every season was accompanied by rituals and habits.
The main wealth of the town, the Tonnara, was followed by tourism which in the early 1900s led the village to host some of the most illustrious families of the Sassari bourgeoisie, the Azzena, the Berlinguer, Segni, Silenti, Scotti. In the 1960s, the Morattis bought some land and built villas and hotels, making Stintino and its beaches known to the whole world. For over a century Stintino was part of the municipality of Sassari, until 10 August 1988, which became an independent municipality. After one hundred and three years, the people of Stintino were finally able to decide the fate of their country.

The Beach and the pond of the Saline di Stintino

Le Saline di Stintino, can be considered to all intents and purposes one of the most beautiful beaches in Sardinia. The beach is located on the north west coast of the island at the entrance to the district of the town of Stintino and is characterized by a long coastline made up of very small white quartz pebbles and a very shallow seabed. 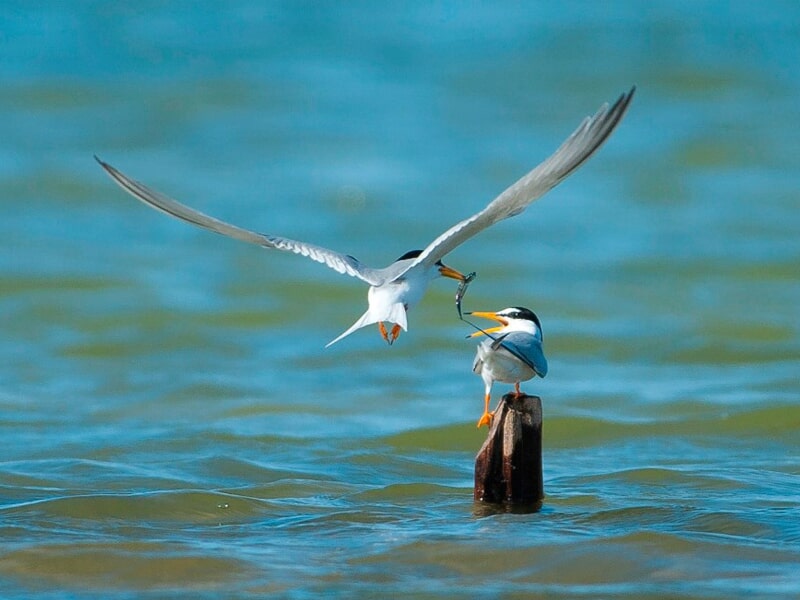 The sea is spectacular, the colors of the water vary from blue to turquoise to emerald green and the unique transparencies allow you to admire the fish that swim even near the shore.

The ponds of the Saline are considered among the wetlands of great environmental importance and for the birdlife the site is included among the most important wetlands of Sardinia.
These coastal strips are very important for the wintering of the pink flamingo and other migratory birds.

The areas are also home to various species of nesters including the Tern, the Red Heron, Little Bustard, Kingfisher, Italian Knight, etc. now visible also thanks to the Bird Watching sighting points included in the area by the STeRNA Life project in collaboration with the Municipality of Stintino. 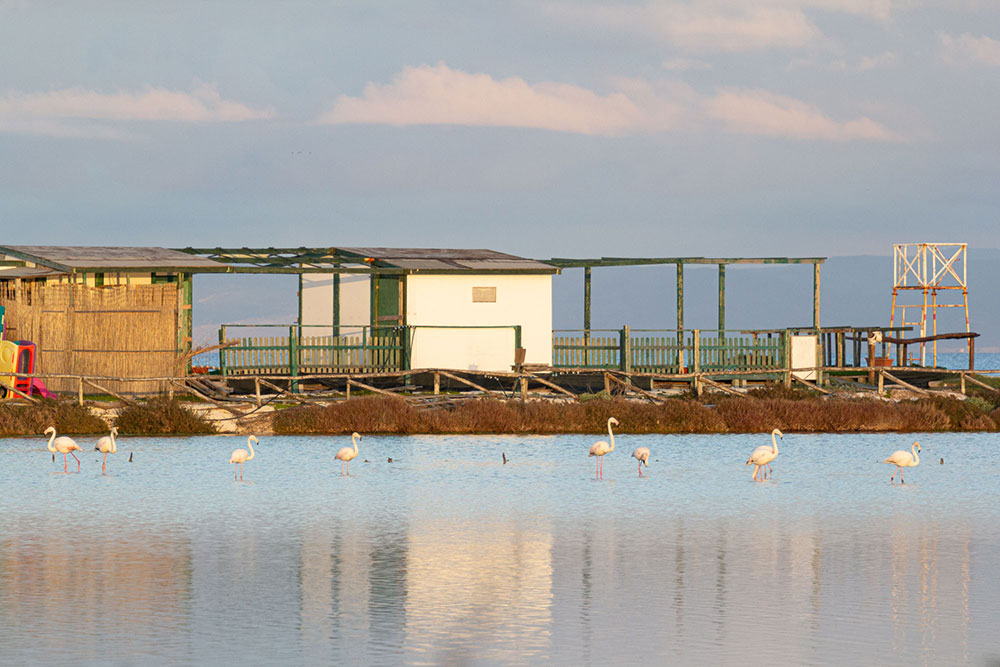 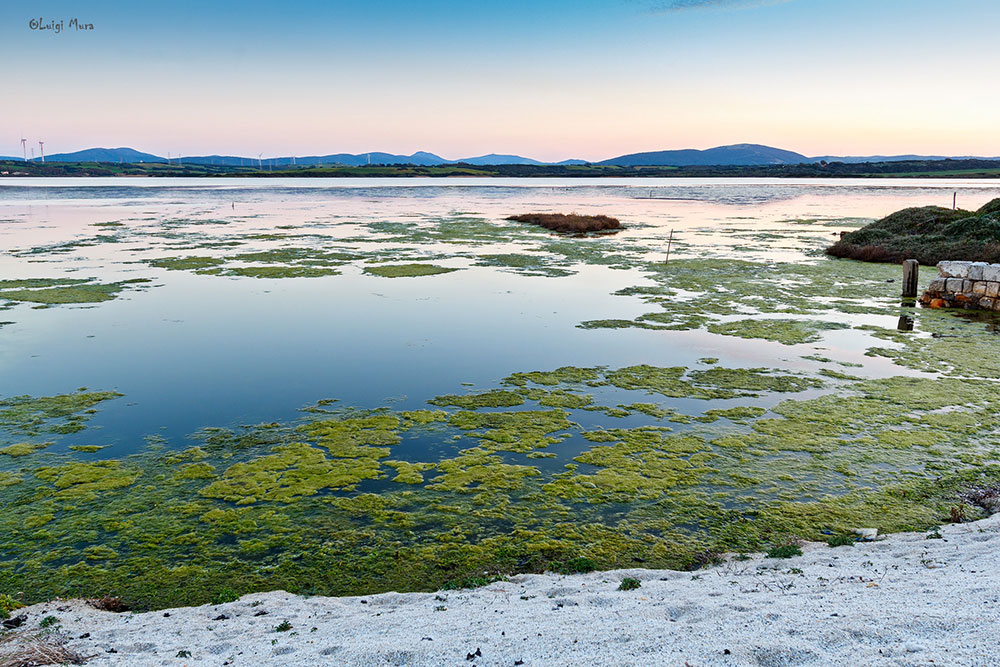 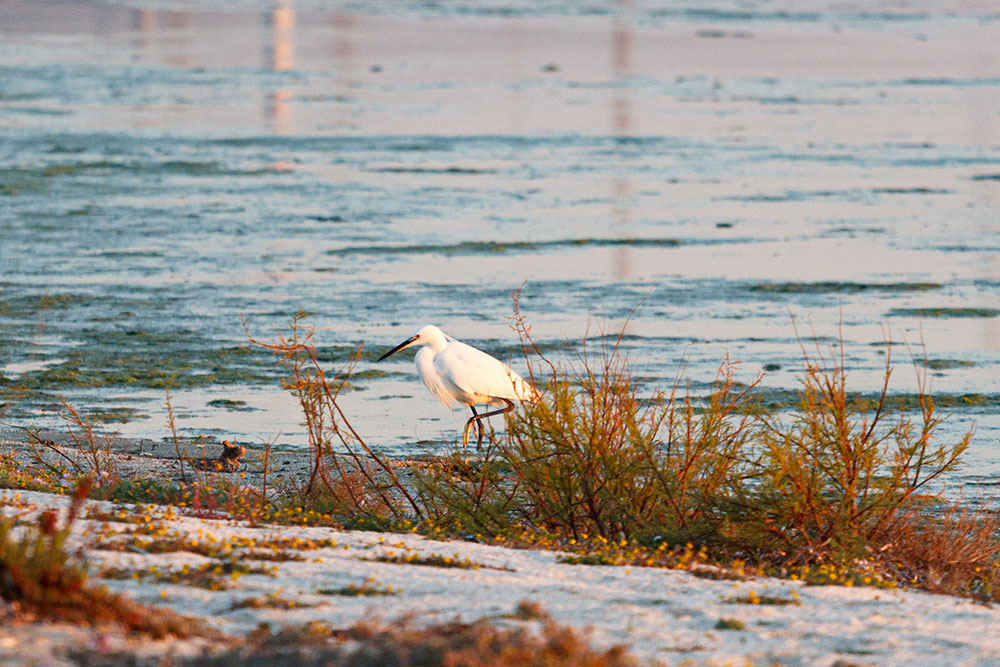 Marine protected areas are established pursuant to laws n. 979 of 1982 and no. 394 of 1991 with a Decree of the Minister of the Environment which contains the denomination and delimitation of the area, the objectives and the protection discipline to which the protection is aimed. 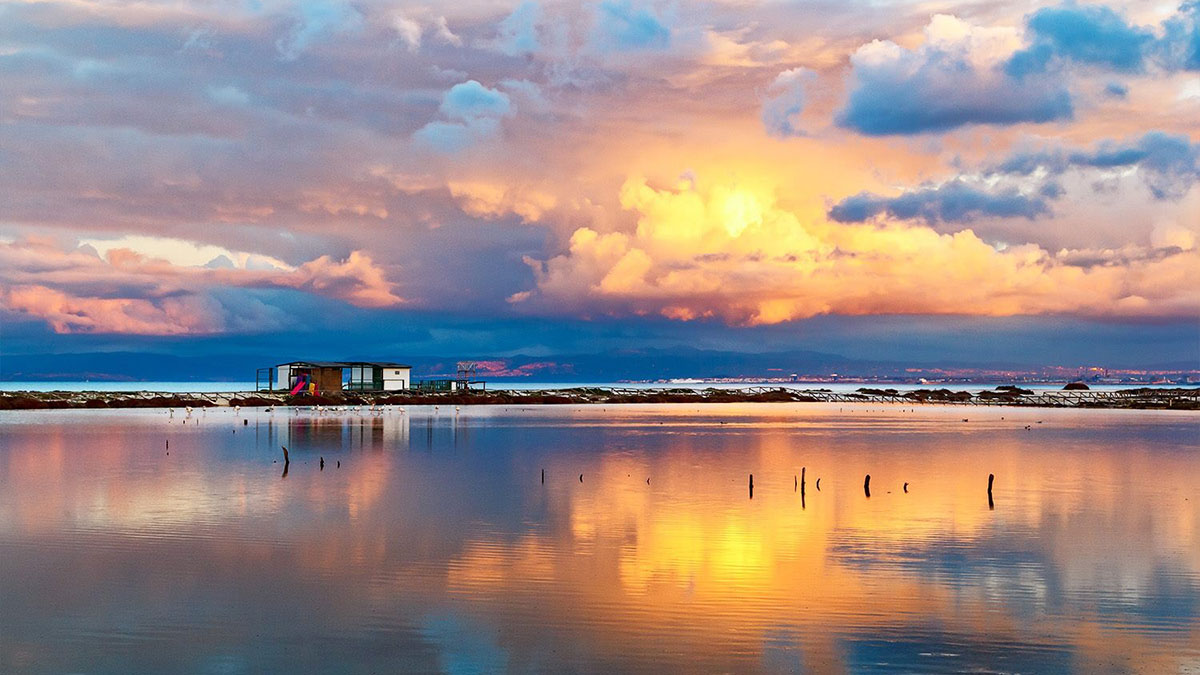 They are stretches of sea, coastal and otherwise, in which human activities are partially or totally limited.

Together with the Parks, these areas are established with the aim of promoting the protection of natural habitats and ecosystems in harmony with a “sustainable use” of human activities.

It is generally prohibited in Marine Protected Areas:
– the capture, collection and damage of animal and plant species
– the removal of sand, minerals and archaeological finds
– the alteration of the geophysical environment and of the chemical and hydrobiological characteristics of the waters.

This site uses only technical-functional cookies necessary for the operation of the site and analytical cookies anonymously without any type of tracking. You can find out more about which cookies we use in Settings . 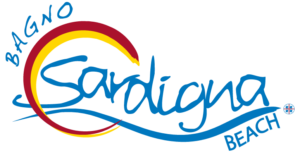 This website uses cookies so that we can provide you with the best user experience possible. Cookie information is stored in your browser and performs functions such as recognising you when you return to our website and helping our team to understand which sections of the website you find most interesting and useful.

Strictly Necessary Cookie should be enabled at all times so that we can save your preferences for cookie settings.

If you disable this cookie, we will not be able to save your preferences. This means that every time you visit this website you will need to enable or disable cookies again.

This website uses Google Analytics cookies to collect anonymous information. Among which, the number of visitors to the site, their geographical location, any keywords used to reach the site, the type of device used, the duration of the visit to the site and other data on the origin of the visit.

Keeping these cookies enabled helps us to offer users a better service and to monitor statistical data relating to the use of our website.

Please enable Strictly Necessary Cookies first so that we can save your preferences!